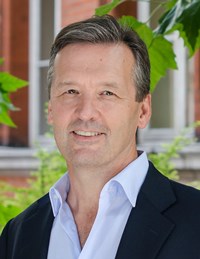 The report’s recommendations indicate a shift in emphasis from purely innovating to pursuing greater scale in the social impact investing market. The UK is correctly seen as a leading innovator, but as in many other cases the US often excels at taking these ideas to scale.

The US proposals have two clear implications for the UK. Most importantly, they demonstrate a deepening commitment from another G8 country to a growing movement that aims to deploy capital to solve important social issues, albeit from a different starting point. Secondly, the US Advisory Board’s recommendations provide interesting policy proposals that could create value in the UK as well.

The report builds on many of the major strengths in the United States:

Despite these unique qualities, several of the proposals in this week’s report parallel policy developments in the UK. On the demand side, the group aims to stimulate purchasing from the federal government by launching pilot procurement programs that explicitly preference contractors with positive social impact – very similar to the UK’s Social Value Act. And, like the UK, the US Advisory Board is proposing to fund a centralised ‘Pay for Success Fund’ that would commission SIBs within and across government agencies.

On the supply side, the Americans are attempting to adjust rules for investors: both pension funds and foundations. This focus parallels many first movers in the UK, from the local authority pension funds’ ‘Investing for Growth’ initiative to the co-investments that Big Society Capital has made with some of the UK’s largest foundations.

But a few new proposals could create value in the UK context and are worth considering:

Further, the report highlights how finance can play a bigger role in the big social challenges the UK is facing. In education, the US’s transition to charter schools has leveraged in $2.7 billion of private capital to fund the construction of new school facilities. In housing, the Low-Income Housing Tax Credit has helped build 2.6 million affordable homes by crowding in private finance to address critical shortages in housing capacity. Clearly successful policies can’t be directly replicated from abroad, but there clearly is greater potential for more creative use of finance at addressing the big issues of our time.

The UK has learned a great deal about building a social investment market over the past few decades, not least with the establishment of Big Society Capital. Whilst we are certainly no slouch in the global race for social investment, we are always keen to learn from other countries’ ambitions and efforts. We look forward to sharing the UK’s approach to social investment with the broader community in September when the final report of the Social Impact Investment Taskforce will be released. In the meantime, let the spirit of healthy competition continue.

Nick O’Donohoe, Chair of the UK Advisory Board to the G8 Social Impact Investment Taskforce. He is also CEO of Big Society Capital.