CIVICUS’s recently published State of Civil Society Report was our 10th edition, offering an opportunity to reflect on what has changed in civic action over 10 years. Looking back, from the ‘Arab Spring’ and Occupy to climate strikes and the current resurgence of Black Lives Matter, it seems clear that we’re living in a great age of mass mobilisation, as in country after country and on every inhabited continent people have taken to the streets time and again to demand change.

Protests have been rebuffed, brutally, by states. The consequences of the violent response to those peaceful uprisings across the Middle East and North Africa 10 years ago are still lived with today. Under the pandemic, despite no evidence linking mass protests to infection spikes, many states have enforced rules violently and used Covid-19 as a pretext to introduce further restrictions on events, which are likely to linger far beyond the pandemic.

But despite repression, change has still come. Chileans went to the polls last month to elect a convention to write a new constitution, and they overwhelmingly voted for new, progressive voices and rejected traditional parties. This process to cast off the Pinochet dictatorship’s enduring legacy came about because in 2019 protests triggered by an increase in transport costs blossomed into a movement to challenge economic inequality and exclusion, and it refused to be cowed by a violent state response. 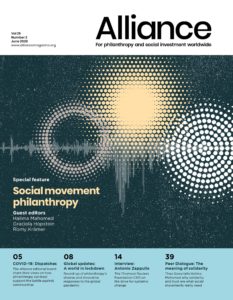 Some protests have gone global. The police murder of George Floyd in May 2020 sparked a resurgence of the Black Lives Matter movement, and not only in the USA, as around the world people confronted their own realities of systemic racism. Before that, the climate action movement made worldwide headlines, with many young people mobilising for the first time and embracing non-violent direct action to communicate that radical change is required to tackle the climate crisis.

These mass protests shifted conversations. There’s greater awareness of racism as a systemic problem beyond individual attitudes, and some attempts to grapple with cultures of police violence and colonial legacies. Climate change became seen as a more pressing political priority; if the coming COP26 summit produces commitments to intensified action to combat the worst impacts of climate change – as it must – then heads of state will be sure to claim the credit, but the pressure placed on them by a global movement will at least partly be the cause.

It seems clear that we’re living in a great age of mass mobilisation, as in country after country and on every inhabited continent people have taken to the streets time and again to demand change.

Many protest successes came when mass mobilisations combined with other forms of action. Around the world, another of the great mobilisations of the past 10 years has been the movement for women’s rights. Argentina’s breakthrough recognition of abortion rights last December marked the culmination of a struggle of over 15 years involving lobbying and public campaigning, with mass gatherings of women helping the movement argue back against conservative voices resisting change. When Malawi’s 2019 flawed election was annulled and successfully rerun in 2020, legal action was an important part of the effort to uphold democratic values, but regular protests were also important in keeping up the pressure. 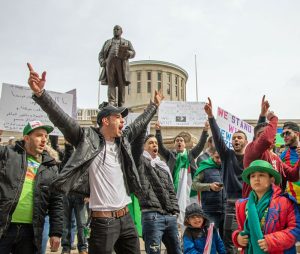 It was not only the climate protests that saw many young people mobilising for the first time. Many movements, such as those calling for democracy in Algeria and Thailand, are youth-led, and among the many leaders of diffusely organised movements are women, challenging their exclusion. Sudan’s 2020 FGM ban offered a direct recognition of the role of women in leading the 2019 revolution. Meanwhile movements for democracy in Iraq and Lebanon are casting aside the sectarianism that has enabled elites to divide and rule, forging new, inclusive identities.

The need for those who support civil society is to recognise mass protest, including tactics of disruption and non-violent direct action, as an essential and legitimate form of civic action, and a key means through which people are challenging status quos and finding ways to reinvent the world. Protest should be recognised as an essential part of a healthy society and an indicator of a robust democracy, while wide-ranging mass protests, such as those that mobilised in Chile, should be understood as a sign of failing governance, pointing to blocked processes and the inadequacy of other arenas, including electoral politics.

Protest rights need to be respected, and states need to be urged to take a strongly enabling line on protests. It’s time for a new campaign to recognise the legitimacy of protests and uphold the right of people to come together to demand change. It’s because protests work as a means of redistributing power that many states are trying to repress them, and are increasing the risks for people who take part in protests. We mustn’t let them get away with this.

Andrew Firmin is Editor-in-Chief at global civil society alliance CIVICUS, and one of the authors of the State of Civil Society Report 2021.