Foundations are on a path towards transparency, but still we know too little about them. This was the view of Brad Smith, President of the New York based Foundation Center, speaking at the sixth annual conference of Spanish Foundations in Coruna, Spain.

In his lecture on ‘Big data in the service of better philanthropy’, Smith argued that transparency has ‘intrinsic value’ for foundations. It is ‘the best defence against suspicion’, enabling us to ‘know more’ about philanthropy. For example, if you want to know what foundations are doing to address the refugee crisis, which funders are contributing to the Sustainable Development Goals, or what foundations are spending on early childhood education, reliable data is needed. Such data is also central to sound reporting and foundations’ compact with government. 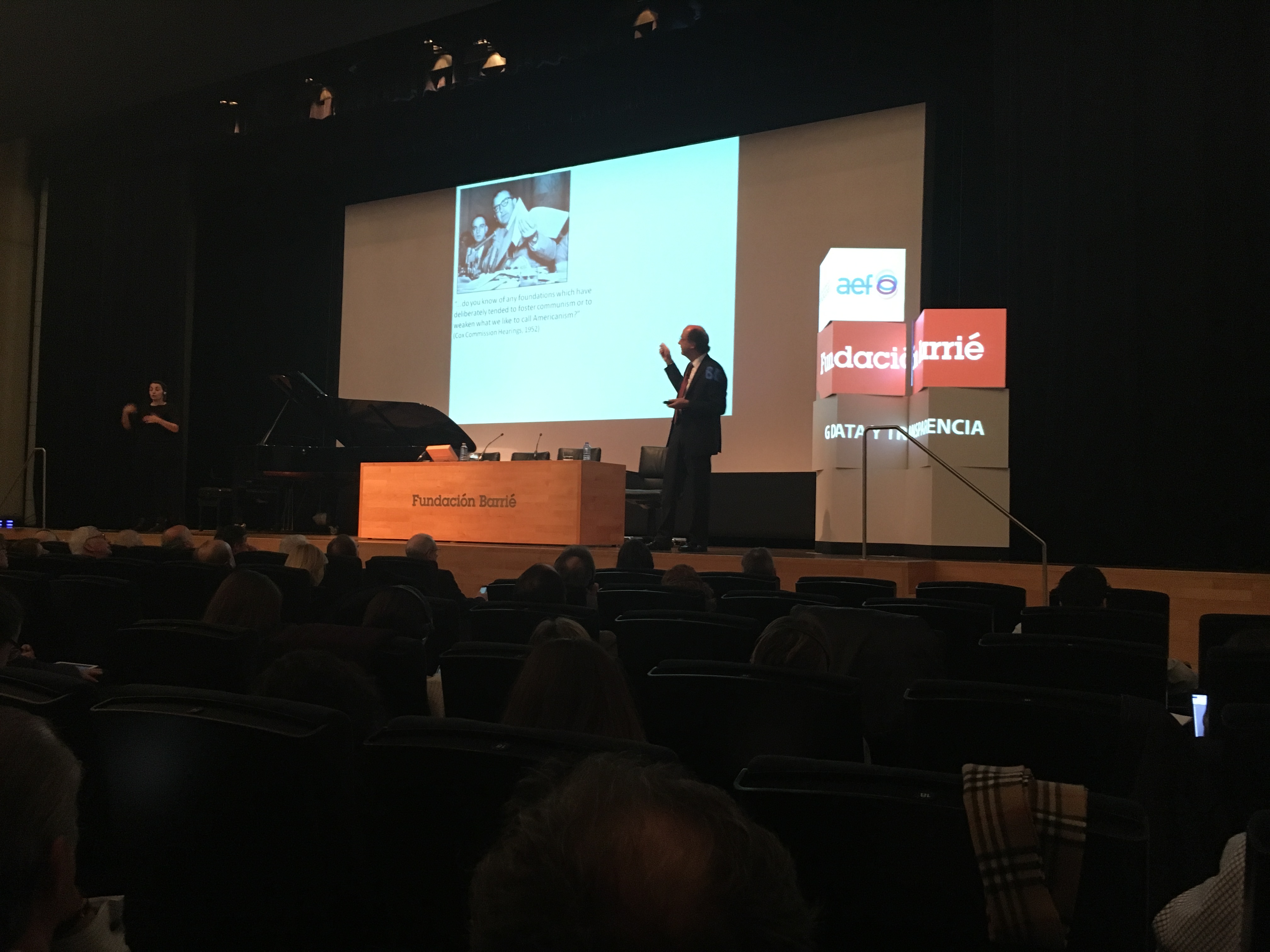 ‘Big data in the service of better philanthropy’: Brad Smith at the conference

Speaking of the European foundation sector, he said it is ‘at least as large’ as the US – a positive sign for new generations of philanthropy professionals in Europe. Alongside that, Smith noted the importance of organizations such as DAFNE and WINGS, which point to the emergence of a global philanthropy infrastructure. He compared it to Indonesia’s archipelago: ‘viewed from the sky, foundations are a field but philanthropy is actually more like an archipelago comprised of different industries and institutions’. His prediction for philanthropy’s future was hopeful, believing it will be increasingly ‘data driven, impact-focused and collaborative’.