What will it take to shift power in philanthropy?

To mark their 20th birthday, NPC has been talking to leading figures and people doing things differently to ask: Where next for social impact? In this essay, originally published by NPC, Fozia Irfan asks: What will it take to shift power in grantmaking?

In 2016 when I had just started my work in philanthropy, the hashtag #ShiftThePower started to establish itself in our sector. In the years since, has anything fundamentally changed? Or are funders essentially perpetuating the same modes and patterns of behaviour?

True, we can see green shoots of changing practice in the increasing use of the buzzwords of the movement – equity, social justice, lived experience, participatory grantmaking – but the real answer is to be found in two questions. Firstly, have grantmakers changed their funding distribution and practices? Secondly, has anything changed in who we are as funders and decision-makers?

The first question intimates that if we had shifted power, greater funding would have been distributed directly to communities most marginalised through the prism of systemic change. This would demonstrate that we now explicitly recognise historical context and systems of inequality, rather than merely addressing the symptoms through our funding. We would be talking openly about the historic misuse of power by nations, communities and companies which led directly to the inequalities faced by communities today. Shifting the power relies on a clear and transparent lens when viewing marginalised communities and seeing the systemic barriers and infrastructure which lie at the root of their experiences.

Recognising power differentials within systems would then lead to a clear case for support to the most marginalised communities. Legally, these have been defined through protected characteristics and other factors such as class and socio-economic background. There is an abundance of data verifying the disadvantage suffered by these communities. To shift the power, we would see a fair and proportionate distribution of funding to these communities. What would be even more utopian, would be if we were using the lens of intersectionality to understand the complex and deeply nuanced experiences of different communities and then tailoring funding accordingly. 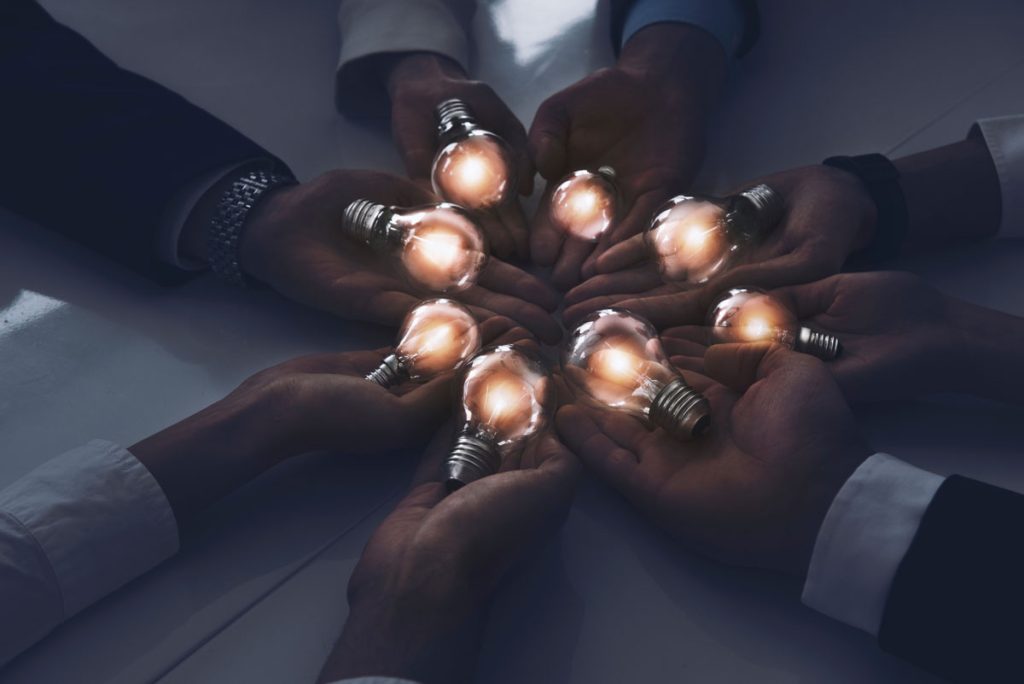 In reality, few funders use a systemic and intersectional approach to funding distribution. To the contrary, data from the Funders Alliance for Race Equality (FARE) is starting to evidence how the most marginalised communities are disproportionately underfunded. But even then, I am hopeful, as the fact that FARE have developed a prototype auditing tool means we’re taking the first steps towards understanding distribution. The establishment of this baseline data is critical for monitoring progress. In addition, many of the funders I have worked with through the Diversity, Equity and Inclusion coalition are actively taking steps to measure their funding distribution and understand the systemic barriers which may be preventing access to their funding from their most marginalised communities.

In addition, there is growing (although not enough!) awareness of how important it is to understand marginalisation and economic deprivation through a historic and systemic lens. It is impossible to understand the position of communities unless you view them through the historic systems which have disadvantaged them. For example, looking at the position of the disabled community through the lens of ableism, or women through the lens of patriarchy or those from the LGBTQ+ community, through the lens of homonormativity. Genuinely shifting the power necessitates a systemic analysis which should lead to fair and proportionate funding distribution.

Which then leads us to a fundamental transformation in perspective – namely the fact that our work as funders is the work of change, not charity. If we recognise structures of historical oppression, in all their forms, our duty is to act out of a sense of justice; to right the wrongs of the past. This contrasts with the prevailing paradigm of charity, which views those most marginalised through a lens of pity or sympathy. Communities do not need or want our pity; they want the power that is owed to them. They want the funds which will enable them to start to dismantle the structures which hold them back. This relationship has to be based on recognising their rights to funding within an extractive system, which has held them back. This is shifting the power.

Inextricably linked to this, is the second question of whether or not funders themselves have changed to shift the power in the way we work. Fundamental to this is a sense of humility – a genuine recognition that we do not hold the expertise in frontline service provision or even a deep enough understanding of the issues. But we do fund communities and organisations that do. If they have the expertise and the understanding, then we should be getting out of the way and counting ourselves lucky that such people exist. They are doing the hard work on the ground and what they need from us is solidarity and greater power. Power in this instance, could mean money, flexibility, contacts, or any other assets which we hold.

Shifting the power would mean redefining expertise, risk, and impact. It would centre the communities we serve, giving them the power to be involved in decision making, removing barriers to access, and providing a culture which is supportive. It may mean redefining what issues are important – as funders we value change as an indicator of success. We gave X funding and this achieved a change in Y. What if we didn’t focus on our own measure of value but asked communities to define what is valuable to them? High on the list could be connection, love, relationships, purpose – all things which are more intangible and difficult to measure, yet critically important in and of themselves. The very existence of these is fundamental to communities who do not need to see ‘change’ or ‘impact’ in order to assign worth. Shifting power would mean ceding control of our definitions of worth and value.

Ultimately, the aim would be for us as funders to represent the communities we serve, wherever they are. This doesn’t just mean representation on the board or staff teams. True shifting of power would mean that as funders we are OF the community we serve. There would be no distinction, hierarchy and culture of ‘us and them’. We would be intrinsically linked and the separation would be hard to distinguish.

So yes, let’s celebrate the hashtag ‘Shift the Power’ and how it has highlighted the need for change. But the meaningful and deep work remains to be done. Using buzzwords and tinkering around the edges of grantmaking can be useful, but until fundamental perspectives change in our relationship with those we serve, the transformative shifts will not happen. Moving from a charity lens to a justice lens, recognising systemic inequality, embodying humility, redefining expertise, and recognising where true power lies (hint: not with us), these are the critical steps we need to take to genuinely shift the power.

Fozia Irfan is Director of Children and Young People at BBC Children in Need.