The growing relationship between philanthropy and the media persists with The Balnaves Foundation’s recent grant to the Guardian Civic Journalism Trust.

The Australian foundation will be giving $300,000 to Guardian Australia, specifically its Guardian Civic Journalism Initiative, to provide detailed coverage on Indigenous affairs.

The grant will support the initiative—an Indigenous affairs reporting and educational project—from 2018 to 2020, according to the Guardian’s website. 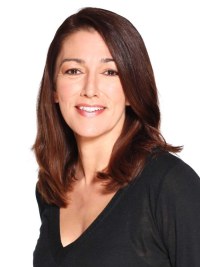 The grant includes the appointment of Lorena Allam as the Guardian Australia’s Indigenous affairs editor.

As editor, Allam is expected to further Indigenous affairs reporting and investigations, strengthen a diversity of voices and expand public discourse on critical issues.

The Guardian emphasised ‘the grant comes as the future of investigative journalism is under threat,’ as well as ‘areas of specialist reporting such as Indigenous affairs are underrepresented in Australia’s media landscape.’

As for Allam and her new position, she states ‘now more than ever there’s a need to understand that Indigenous Australia is made up of many different experiences, viewpoints and voices on the issues that affect us all, whether they are political, cultural, social or historical.’

‘Being able to tell those stories and contribute to that understanding is a fantastic opportunity and responsibility.’

With 27 years of experience in the media industry, Allam has previously served as an investigative journalist, as well as editor for the ABC and the BBC. She has contributed to various social justice publications, like the Bringing Them Home Inquiry on the separation of Aboriginal and Torres Strait Islander children from their families. 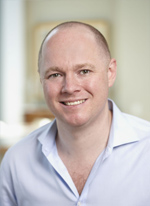 The Balnaves Foundation’s philanthropy is focused on giving to Australian orgnaisations, donating more than $2.5 million annually. It funds organisations in education, medicine and the arts, as well as young people, the disadvantaged and Indigenous Australia.

Hamish Balnaves the general manager of the Balnaves Foundation says ‘we are proud to be supporting public interest journalism that will shed a light on untold stories and increase public discourse on Indigenous issues.’

Krystian Seibert, the advocacy and insight manager for Philanthropy Australia, praised the foundation’s philanthropic support of civic journalism and its partnership with the Guardian.

Fantastic to see this grant from the Balnaves Foundation to @GuardianAus Civic Journalism Trust, focusing on in-depth coverage of Indigenous affairs – we need more philanthropic support for civic journalism in Australia, so this is an exciting development  https://t.co/iUNGMueV0A

‘We’re so pleased to be able to do this work with complete editorial independence through the generous support of The Balnaves Foundation,’ Lenore Taylor, the Guardian Australia’s editor, said.

The news comes as questions continue about the growing reliance of the media on philanthropic income and its impact on the selection of topics.

‘Some foundations might change their fields or interest from one year to the other,’ Gustavo Gorriti, a veteran investigative journalist and the editor of IDL- Reporteros in Peru, wrote in Alliance. ‘Others might want to fund only investigations or stories in specific areas and no more, thus taking editorial decision out of our hands and making glorified consultants out of us.’

For more on this topic, see our December 2017 special feature on philanthropy and the media,