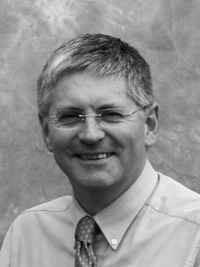 Thursday, 6 March: Day 2 of Dasra’s philanthropy conference was held at the Taj Mahal Palace Hotel, across from the Gateway of India and in the heart of the most impressive colonial architecture imaginable. Perhaps because of its grandeur terrorists seized the hotel in 2008 – the 3-day ordeal watched around the world on live TV. It’s hard to place the images of such an atrocity alongside what we saw today – a gathering that celebrates the transforming power of philanthropy. (One survivor of the attack, a hedge fund manager, became a generous, intelligent and engaged philanthropist … but that’s a story for another time).

The primary theme of today’s agenda is impact investing in India. To lay my cards on the table, I’m still something of an impact investor sceptic, or maybe just a little averse to the hype surrounding it. I’ve not quite drunk the Kool-Aid yet, and am usually found in my corner beating the drum about how much grantmaking in Asia needs to grow, mature and become better networked. Without well-directed philanthropy to prime social enterprises and help the ecosystem to evolve, impact investing will have a hard time.

In the opening session Epstein and Yuthas (US business school professors and impact measurement gurus) run through the basics of the logic model and gave us all a group exercise. (Their new book, Measuring and Improving Social Impacts, stands out from the pack in drawing from a lot of good Indian examples of impact measurement). My mind wanders during the exercise and I wonder if imposing linear Cartesian logic is right for all cultures, when someone from the audience asks just the same question – is a planning model developed to run American military logistics the best we have for a complex, messy social sector? Someone else, from an NGO, suggests that logic models ‘restrict innovation’. The profs are unrepentant and argue that clarity is what it’s all about, and without that an organization goes nowhere.

Before there’s time to reflect on all this, Toniic (the impact investing network) is telling us all about their new e-Guide to Impact Investing, which has taken 2 years to distil from the collective wisdom, data and advice of 60+ investors and academics (download from here). It looks like a great resource for anyone wanting to avoid mistakes and learn from those who have done it.

Unless you’re an ecosystem wonk like me, the next session – Building an Ecosystem for Impact Investing – sounds like it will be dull – but far from it. It features a riveting collection of young organizations that have won Rockefeller/Omidyar grants to help them develop a better functioning investing ecosystem in India. One is an investor’s council – the equivalent of a venture capital association; another develops impact entrepreneurs in ‘2nd and 3rd Tier’ cities that don’t normally attract attention like Mumbai, Delhi and other top tier cities; one works the alumni network in India’s most prestigious business school to recruit 50 impact angel ‘virgins’ – young investors who might not think of deals that create social value as well as financial return. All of these imaginative initiatives grown with grant money – a real reminder of how critical philanthropy is in making impact investing possible.

After lunch we have a session I found to be deeply inspiring, provocative and humbling. An all-women panel helped us to see business, philanthropy and social investment through a ‘gender lens’. Lisa Kleissner spoke about women taking control of their wealth and needing to learn how to negotiate. Kavita Ramdas (Ford Foundation) reminded us that ‘sex is what’s between the legs, gender is what’s between the ears’ and the entrenched cultural attitudes that hold women back.

Unsung heroes
A moving interview with two employees of the SNEHA (an NGO that combats malnutrition in India’s largest slum – 1.2 million people) revealed a humbling empathy with the community and the quality of Indian community workers. A teacher with Muktangan, an NGO proving high quality low cost education in Mumbai’s poorest districts, brought most of us to tears when she told of her own journey from housewife to school principal. Both these remarkable NGOs are supported by giving circles that Dasra initiated following research on malnutrition and education (you can read more about giving circles in Asia in the March issue of Alliance).

Perhaps an unexpected highlight of the day came at the end of the panel on The Demographic Dividend, broadcast live on Bloomberg TV India. A diminutive Nadir Godrej read what must be a first: a poem – Hilaire Belloc style – about Shared Value! The Godrej’s are one of India’s most respected industrial families and have embraced the Porter/Kramer concept of Shared Value in designing the Godrej Group’s corporate citizenship. If Mr Godrej ever gives up the day job, a new career awaits him!

It was a long but inspiring day. Much useful and detailed information about impact investing was presented, while acknowledging the central need for good grantmaking in building strong non-profits and the ecosystem that impact investing needs.

Rob John is a senior visiting fellow at the Asia Centre for Social Entrepreneurship & Philanthropy, NUS Business School, Singapore, and a co-founder of AVPN.