The Lemann Foundation and the case of the AstraZeneca vaccine

What gives philanthropy its social license to operate?

That’s a question which Australian philanthropy scholar, commentator and Alliance editorial board member, Krystian Seibert explored in an Alliance essay a couple of years ago. 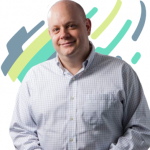 It was a question on my mind again in relation to Brazilian philanthropy as I read our interview with the Lemann Foundation conducted by Alliance digital editor Elika Roohi. In the interview, the Lemann Foundation’s CEO Dennis Mizne’s explained the remarkable role which the foundation had played in responding to a major global and social need: an effective vaccine for Covid-19.

Mizne explained how the Lemann Foundation – an education-focused philanthropy and relatively unknown family foundation outside Brazil, certainly when compared to the likes of the health and research mega foundations like the Wellcome Trust and Gates Foundation – facilitated and funded the trials of the AstraZeneca vaccine in Brazil last summer. It did this based on advice from Gates and research partners at Oxford and Harvard, though it was still considered a ‘big risk’ at the time according to Mizne.

The interview also details the remarkable role which Lemann played in identifying the need for and then building Brazil’s domestic production capabilities for the AstraZeneca vaccine achieved in partnership with Brazilian family and corporate philanthropies and Fiocruz, the country’s largest vaccine manufacturing body.

Ups and downs of institutional philanthropy

This little-known story provides a live case study of the upsides and downsides of major institutional philanthropy.

The upside seems obvious: By funding vaccine trials in Brazil last summer when others were focused on securing personal protective equipment, the Lemann Foundation played a defining role in saving many lives – because the trials the Foundation supported proved to be the ones in which the vaccine’s efficacy was proved. Millions have been jabbed since around the world. Moreover, the domestic vaccine capability in Brazil, which the foundation helped to broker, comes on stream in May. That will give Brazil greater control of its internal vaccination roll-out and place it at significant advantage in mitigating the vagaries of vaccine supply.

…the development of the AstraZeneca vaccine is the story of the use of real power and influence by one of the world’s wealthiest citizens – all for public good and with a philanthropic intent – but with details out of public sight.

On many levels, this looks like a huge achievement not just for Brazilian philanthropy but global philanthropy. It’s hard to think of something which would give philanthropy greater social license to operate at a time of Covid-19 than playing an instrumental role in producing a vaccine for the disease and making it available to millions of citizens at home and abroad.

Why is the Lemann Foundation’s story so obscure?

So why is the story of the Lemann Foundation not more celebrated especially compared to the efforts of far more high-profile philanthropies such as Gates and Wellcome?

And here the answer points to some of the downsides of elite philanthropy. Consider this: in the run-up to our interview, the Lemann Foundation indicated that it was not willing to share the specifics of its financial details, such as annual spending, the size of its endowment, or how much was spent on particular projects like the vaccine effort. The Lemann Foundation itself is registered in Switzerland so is governed by Swiss rather than Brazilian law – the founder Jorge Paulo Lemann holds dual citizenship and homes in both countries – even though the foundation is based in Sao Paulo. 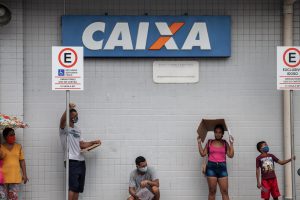 Moreover, the Brazilian government signed the Oxford vaccine trial contract even though it appears that it was paid for, at least in part, by the Lemann Foundation. Why then did the Swiss registered Lemann Foundation find itself in a superior position to the Brazilian government to broker and fund its own country’s vaccine trials? Where was Brazil’s government in all this? In denial of a pandemic it turns out. ‘We definitely think the way that the government handled the pandemic in Brazil is unfortunate’, Dennis Mizne told Elika Roohi in her interview.

So was this a case of a foundation heroically compensating for state failure? Perhaps the tug boat it applied to the Brazilian ship of state was exactly what was needed? And what elite philanthropy – with its range of contacts in business, academia and finance – was well-placed to provide. But could the foundation have been more forceful in condemning and demanding a change to the government’s abject response rather than working with them to pick up the pieces?

And that’s the issue about this kind of philanthropy. It’s often conducted behind closed doors.

In this case, the undisclosed philanthropic resources were put to good use by skilled practitioners. But who has oversight of the process – and who is accountable – if it’s all conducted beyond public view especially if things don’t go to plan?

Ultimately, the development of the AstraZeneca vaccine is the story of the use of real power and influence by one of the world’s wealthiest citizens – all for public good and with a philanthropic intent – but with details out of public sight.

The AstraZeneca vaccine should be seen as a triumph for Latin American and Swiss philanthropy. But the way that the triumph was achieved means it is unlikely to enhance the social contract between philanthropy and society – in Brazil, Switzerland or elsewhere. And that’s a missed opportunity for our field at time when the vast concentration of wealth in the hands of the wealthiest is increasingly called into question.