Alliance is proud to have been part of the media coverage for this year’s European Foundation Centre (EFC) conference in Warsaw, Poland.

This year’s EFC annual conference, hosted between 31 May – 2nd June, was titled ‘Courage to re-embrace solidarity in Europe – Can philanthropy take the lead?‘. 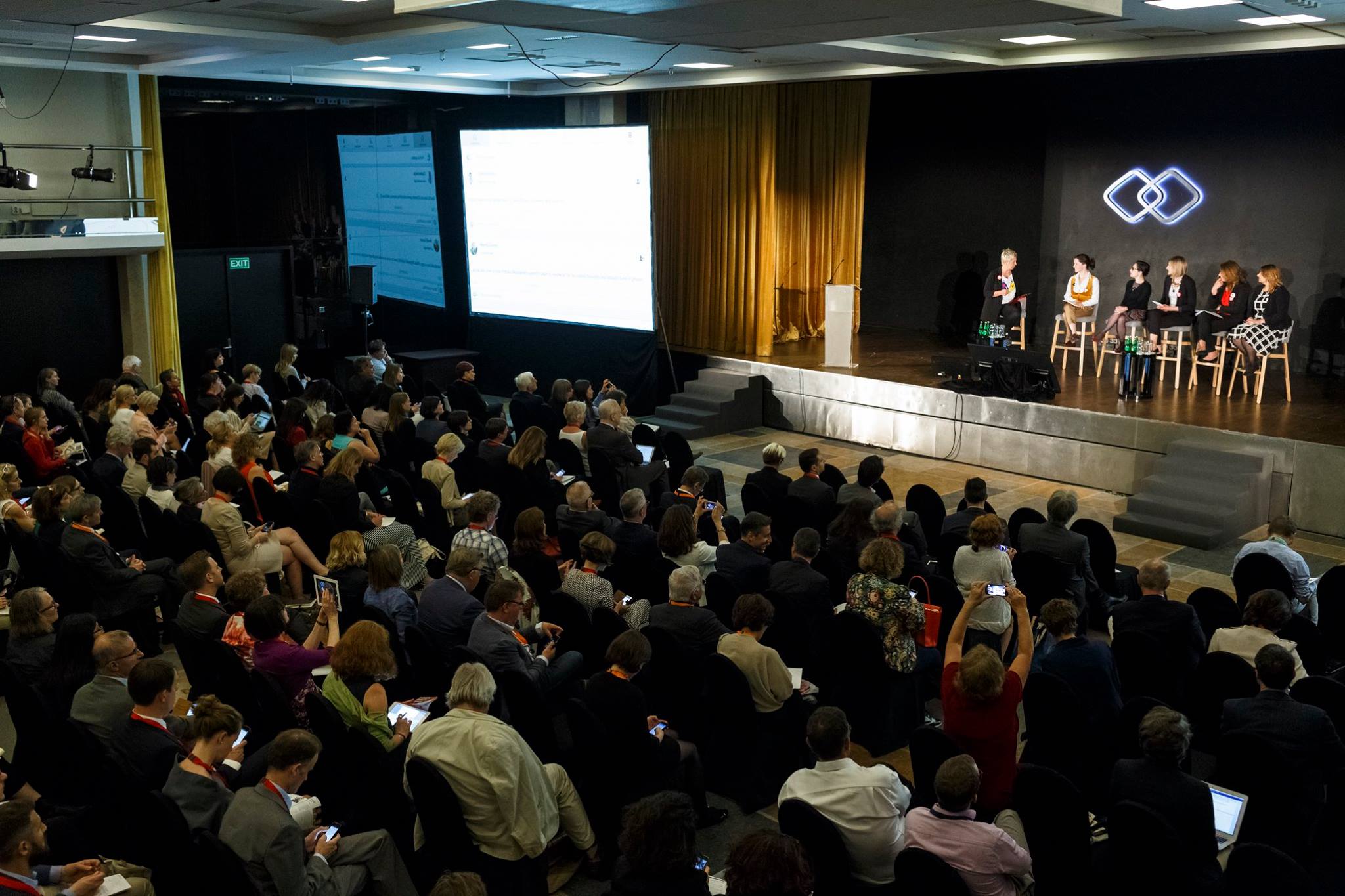 An all-female panel during the opening plenary. Photo credit: The EFC.

The conference focused on the need for solidarity in tackling philanthropy’s biggest challenges, from climate change to migration, and the courage that this collaboration often requires.

It also explored how philanthropy should be involved in fostering, supporting and promoting this ‘courage for solidarity’.

We provided coverage of the event from: 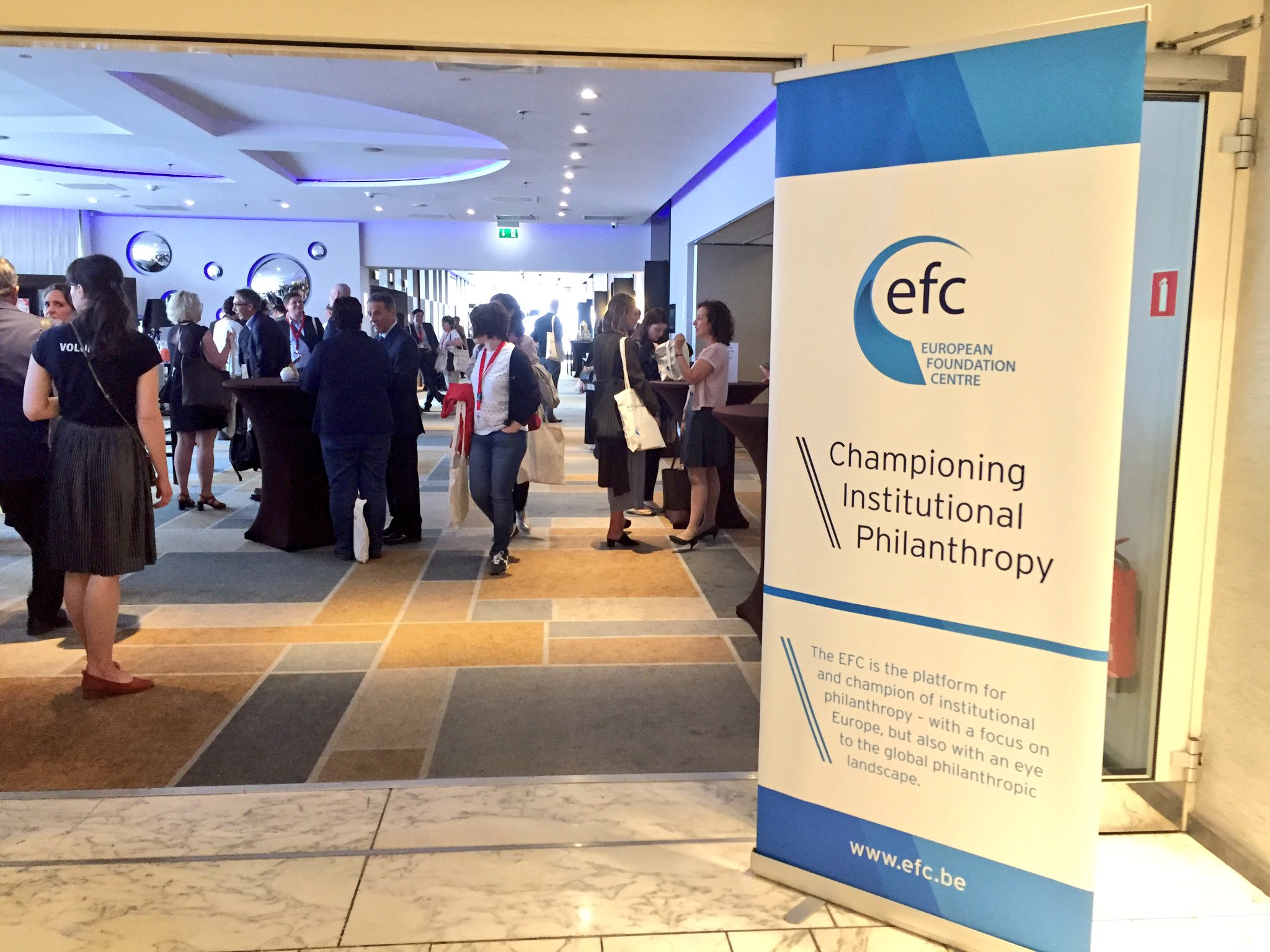 Donzelina Barroso was struck in the 2017 annual EFC conference by how the theme of solidarity in Poland and across Europe was contrasted by some of the points made in panels and discussions during our three days in Warsaw: ‘A lot of people I spoke with were concerned about the fragility of the ideals that led to a unified Europe; Americans present had the same concerns about the U.S. One of the panelists referred to Europe as, ‘Weak, wealthy, and fragmented—a very dangerous combination’.

European philanthropy gets political but will it last?

European philanthropy has taken a decidedly political turn. Last month over 60 members of the European Foundation Centre (EFC) signed a statement in support of NGO’s in Hungary and condemning the ‘repeated efforts of the Hungarian government to restrict and stigmatize nongovernmental organizations operating in the public interest’. Charles Keidan writes that with ongoing threats to civil society in Poland and Hungary and against the backdrop of Brexit, the election of Donald Trump, and his administration’s withdrawal from the Paris Climate agreement, this years gathering was bound to be lively. But not this lively. 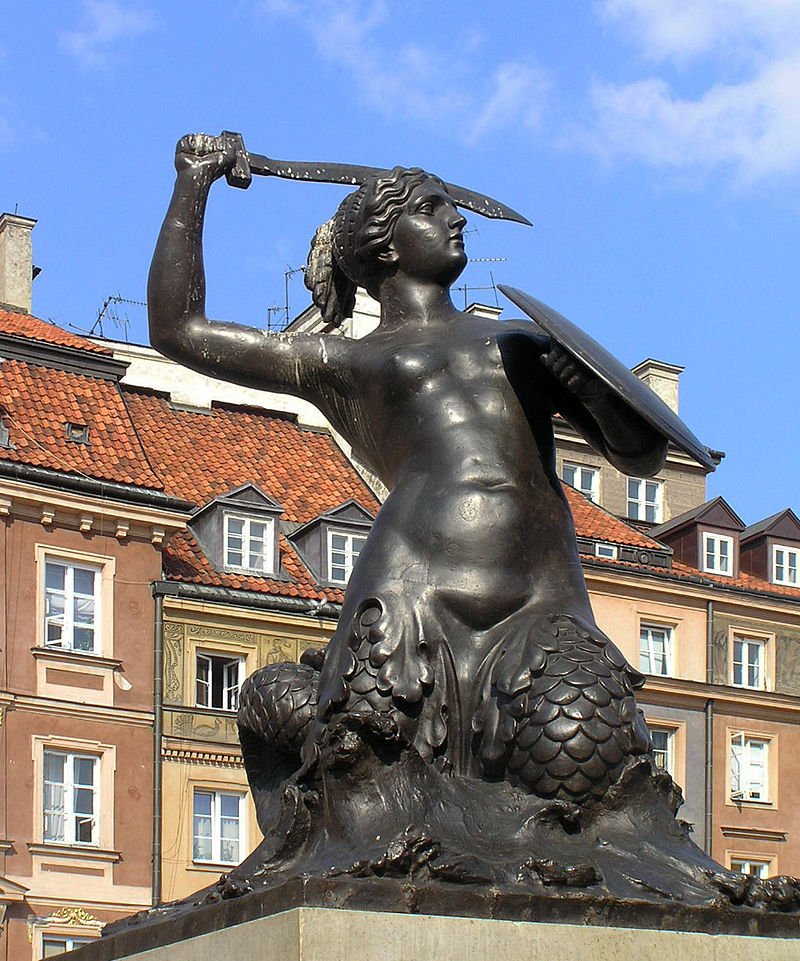 The Mermaid of Warsaw. Photo credit: The EFC.

Maribel Königer reports on the opening plenary session at the conference: Despite the necessary focus on philanthropy, this EFC conference was more than ever concerned with political issues. Programme and passionate discussions of the participants made it clear: what is on stake today is democracy as such. No one challenged the diagnosis that European liberal democracy is in danger. No wonder considering the recent developments in the host country of the conference.

From theory to practice (and back!) in solidarity

Occasionally, the distinction between solidarity and charity is based on comprehensiveness: the former takes into account the bigger picture, whereas the latter could basically just be giving.But if one wants to keep this distinction, it could be extended to take agency into account: solidarity presupposes a high degree of agency from the grantees, charity might not. Kalle Korhonen felt the final plenary of the conference made this clear, with the moderator asking the audience if philanthropy should give some of its power away if it takes solidarity building seriously.

On Nicky McIntyre‘s last day as the Executive Director of Foundation Mama Cash, she reflects on her time with Mama Cash, the successes and learnings of Mama Cash’s endeavours and how it ties to what she was experiencing at the EFC conference: ‘A foundation colleague has just interrupted us to wish me good luck in my next endeavours. “What has been the biggest highlight of your last ten years?” Well, funny you should ask…’

Learning to communicate better – you won’t believe what happened next!

It was great to see EFC and the presenter call attention to the importance of communication as a discipline central to modern foundations – and open up the debate on how they might approach the area. Janus Moos comments that ‘it was great to see that the theme was able to draw a small and enthusiastic crowd even late in the afternoon on the second day of the conference’. 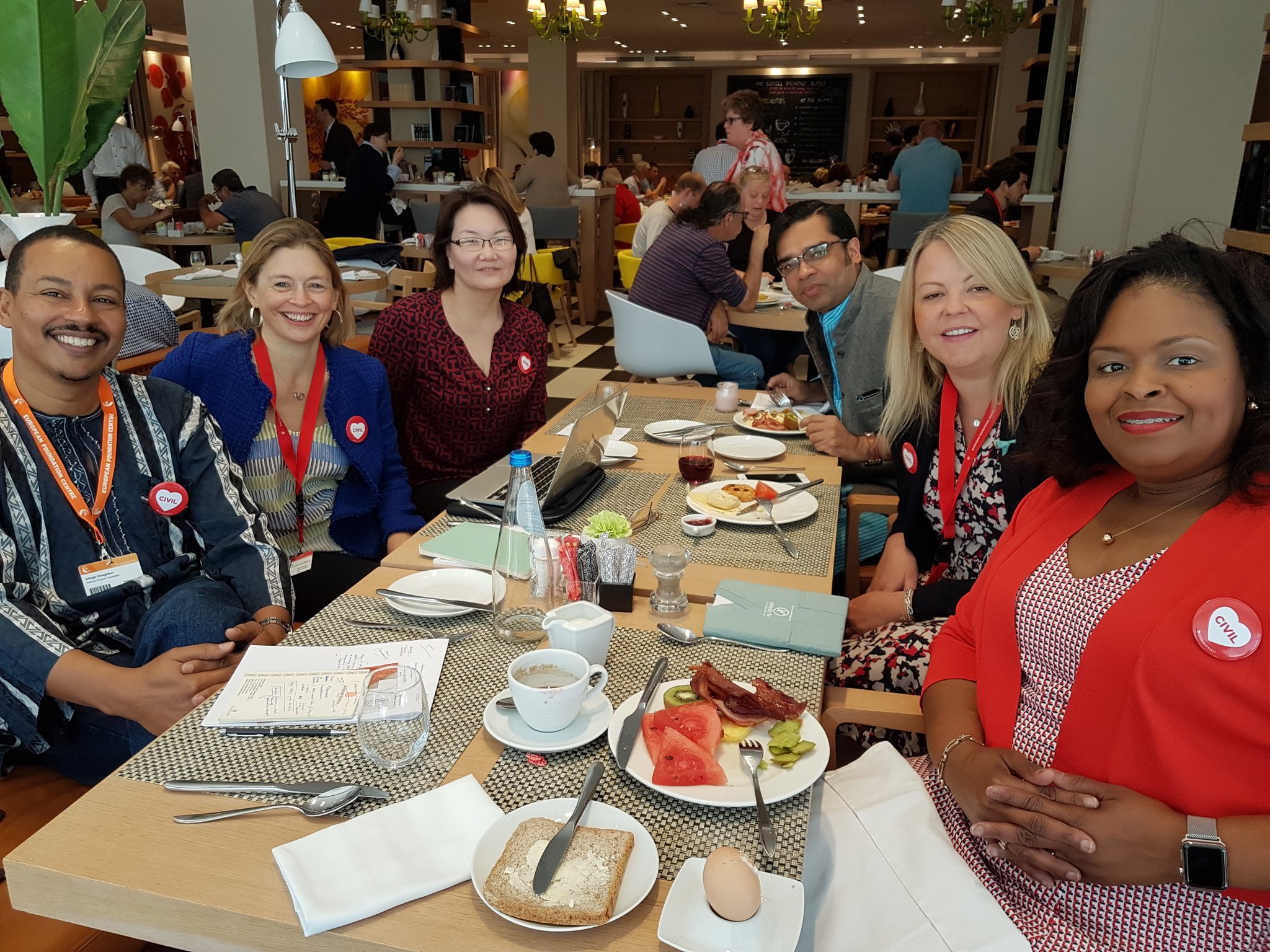 Twenty participants of the EFC annual conference met this week to discuss the future of private donor funding on Roma inclusion. The EFC’s Forum for Roma Inclusion presented results from a mapping of private foundation initiatives that are positively impacting Roma communities throughout Europe. Sarah Perrine writes that the group agreed that the EFC’s Forum for Roma Inclusion is a key platform for the exchange of ideas and knowledge.

Only one man in the room…

At the end, traditional questions to philanthropists in the room were obviously ‘What can be done, what is our role?’. Among the various recommendations that have been made, I think one of the most important quotes of the session was ‘We need to help to create a critical mass to be able to resist’. In concrete terms, Françoise Pissart says, this means we need to fund more women’s groups.

The NGO front line workers need to be supported by the more powerful women’s movements meaning we need to support the big and the small.

Particularly in this time of closing space for civil society it is important to have a strong and healthy philanthropic infrastructure, writes Léonie van Tongeren. 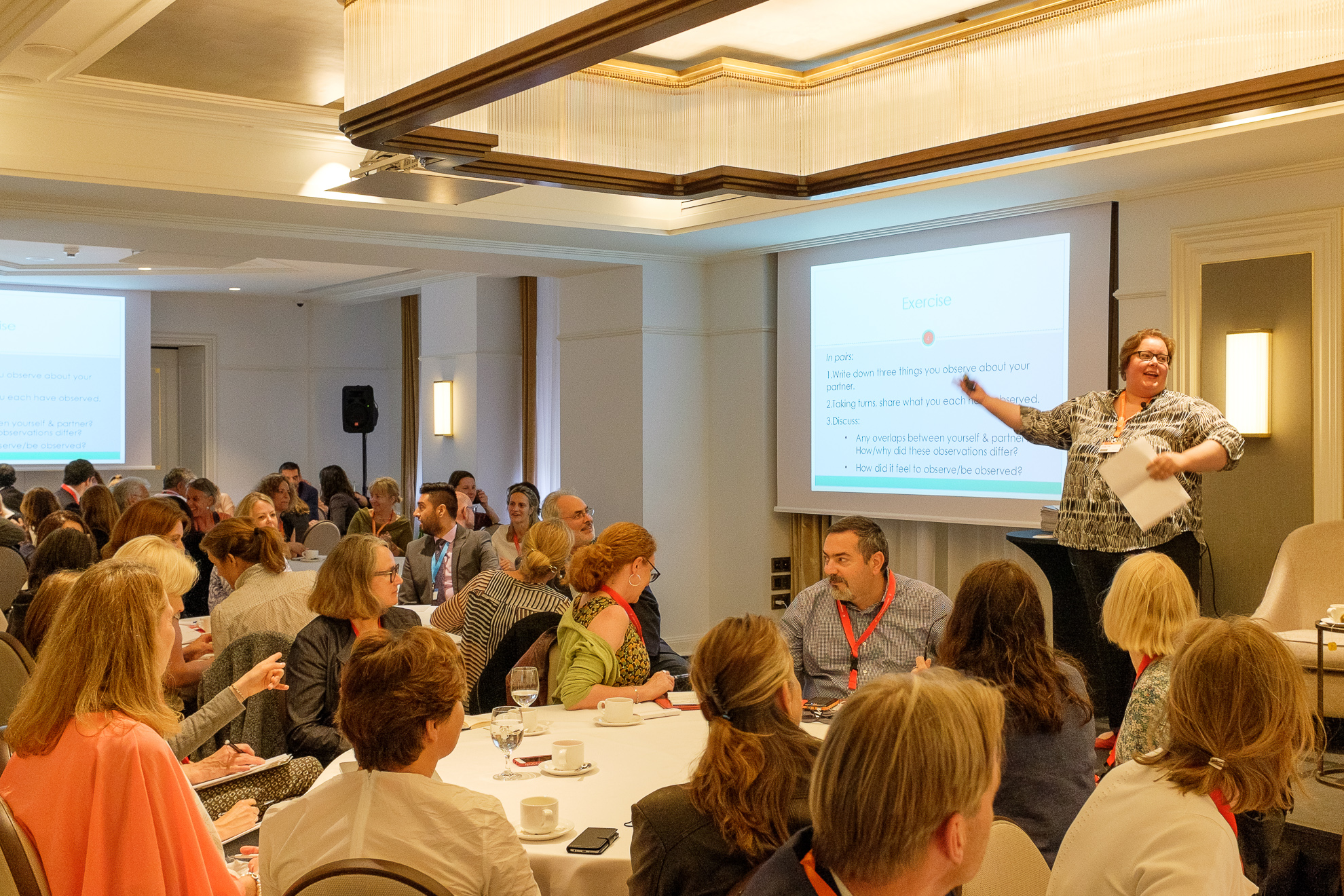 Civil society across Europe is experiencing increasing infringements on its ability to operate independently, resulting in a negative impact on democracy, diversity, equality and freedom.

The EFC is generally in a good place and has a lot going for it: committed and experienced staff, a strong core of committed participants, events that are widely attended, and a broad community.

Are our European values under pressure?

Tine Wickers thinks we need to take a deep breath, that actions governed by emotions may be dangerous – as philanthropists we must build our efforts, programs on valid data and insights. Together with the civic society.There are no quick fixes to solidarity. It’s complex – even within our own insular sector. We must go about it carefully with the right tools for facilitating the demands for a sound solidarity. After Warsaw we have a common ground to build upon. We all felt a platform burning. Let’s use our philanthropic power wisely.

‘Critical’ WINGS nails its colours to the mast in Mexico