Will the next generation of young donors want to be more hands-on than their elders? Are they more likely to engage in impact investing? Who influences their thinking? These are some of the questions addressed in the special feature of the December 2013 issue of Alliance magazine available here, with Guest editor Jason Franklin of Bolder Giving.

The special feature includes interviews with three young donors: Elianna Sabbag Moquette, a passionate believer in social enterprise; Jessan Hutchison-Quillian, a Google engineer who gives away half his salary; and Alex Rozek Buffett, president of the Learning by Giving Foundation, interviewed with foundation director Ellie Mudge.

The special feature also includes an article comparing the findings of two recent studies of next gen philanthropy, one US-focused and another more global; the perspectives of advisers from different regions of the world who work with next gen donors; Julia Balandina-Jaquier’s reflections on how young wealth holders are approaching impact investing; and an overview of programmes to engage young donors from Michael Alberg-Seberich and Gabriele Störmann.

Also in the December issue of Alliance: an update on the state of funding for women’s human rights; David Evans on developments in social enterprise and social investing in China; Christopher
Worman on how social media is changing the way civil society forms and evolves; and a range of responses to September’s special feature on ‘Philanthropy and power’.

I’ve been a ‘next gen’ donor for 13 years, ever since I began getting involved in philanthropy after discovering as a graduate student that my family had a small foundation. Slowly philanthropy began to permeate every part of my life. Even as I continued working as a community organizer it emerged as part of my academic work, where I began to research the impact of philanthropy on policy change; as a volunteer, I became a …

A new vision for how the world works?

Is it possible that the next generation of donors are coming up with a new and better vision for how the world works? Take Jessan Hutchison-Quillian, the 25-year-old American Google engineer who gives away around 40 per cent of his salary because he doesn’t see why he needs more to live on than most of his friends. He imagines a world in which everyone gives away at least 10 per cent of their income – ‘that’s similar to taxes,’ as he points out. Or Elianna Sabbag Moquette from Switzerland. ‘The more we support socially minded businesses,’ she says, ‘the more …

What do the next generation of major donors want? 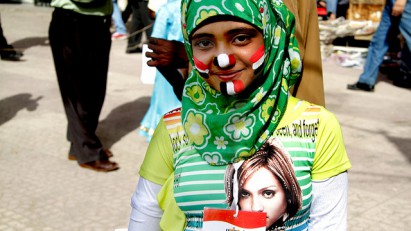 Egypt – Helping to regain the Egypt they dream of

South Africa – Out with the old, in with the new

India – Talking about their philanthropy

US – Going all out for social change

Europe – What’s next for next gens?

Will next gens become impact investors?

How to learn to give? A global question with local answers

Resources and programmes on youth giving

Why funding research is not enough

A wake-up call for professional advisers

A crucial role as risk takers?

ASF – Benchmarking operations and management trends at US small foundations

WINGS – Global philanthropy infrastructure: a spotlight on the unsung hero

GIFE – Towards a transformative social investment

My kudos to Alliance for taking on the topic of power and philanthropy. It’s not a topic that we often …

Stephen Pittam’s article ‘The Power of Money’ (Alliance, 1 September) is intriguing and multifaceted. The few remarks I make here are more …

In defence of tax relief on donations to charity

Small Data: where the real action is

Big Data may be getting the lion’s share of attention these days, but Christopher Worman (September issue of Alliance) is absolutely right …

Why not support the world’s emerging community foundations?

Richer Lives – Why rich people give